REGISTRATION
Fill in the registration form for participation in Events in Kiev and Events in Monaco. 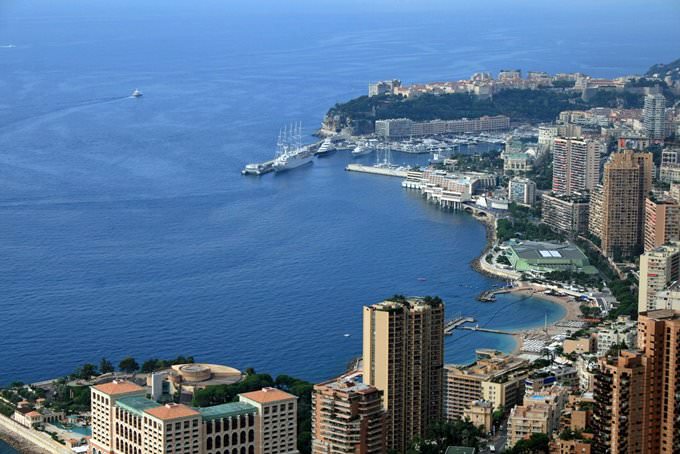 One of the main attractions of Monte Carlo is the beautiful palace area and the princely palace is located on it. Thousands of tourists are gathering on the square every day to observe the ceremony of changing the guard. This ritual became a symbol of the city, whose inhabitants are very enthusiastic about the traditions and culture. A striking architectural monument is the Monaco Cathedral. It was built on the site of the ancient church in 1875. The first religious building on the site of the cathedral appeared in the 13th century. The main ornaments of the beautiful temple were the old organ and the massive throne of white marble.
The most popular place for shopping is the district with the spectacular name of the Golden Circle. It was formed around the Casino Square and covers part of the adjacent streets.
There are Monte Carlo and more original sights such as the Japanese Garden. It is located near the coast and represents a grand project, created by the hands of talented designers and florists. In addition to the beautiful beauty of plants, the garden is decorated with miniature waterfalls, bamboo fences and stones - just like in this Japanese garden. There is a garden and a cozy tea house, this is one of the most attractive and charming places in the city.
Tourists are surely worth visiting the world-famous museum of Cousteau, which was founded in 1899. The main exhibit of the museum is a huge aquarium, which features a rich collection of inhabitants of the sea depths. In addition, there are stored collections of exhibits telling about the activities of a large explorer-oceanographer. The princely palace houses the Napoleonic Museum, which presents invaluable exhibits and historical documents of the First Empire. Like the museum, you will like the numismatists and philatelists, because a significant part of its exposure is occupied by ancient brands and coins.

From the south, this dwarf state is washed by the Mediterranean Sea. The Principality of Monaco consists of the converged Monaco County constituencies (Old Town), Monte Carlo (shopping center, theaters, cinemas, casinos and other entertainment centers), La Condamine (business center and port) and Fonveille (industrial district) . Managing the principality of the family Grimaldi, the oldest of the European princely families.
It is convenient to get to Monaco by train from Menton or Nice. A rail trip along the coast will give you fabulous views of the sea and the beaches. When going to Monaco by car, do not forget that parking on these parking lots is godly expensive. The small size of the city allows you to get around all the sights on foot. For the sightseeing of the city and the most important monuments, it will be enough for the south, unless you wait for an indefinite time at the gambling table at the casino or decide not to wait until someone wins your hand from the members of the princely family.

The mandatory visit to Monaco is a review of the Prince's Palace. In the summer, when the prince's family leaves, the palace is open for tourists. The flag fluttering over the palace is a sign that the Prince is there. Most of the details to which open access dates from the XVI century, and some - even in the XIII century. The palace is wonderful outside. However, an incredible number of tourists can frighten anyone. Thousands of sensory hunters live alone: hoping to see some of the members of the princely family in one of the windows of the southwest wing of the palace. From the princely palace down to the sea, to the oceanographic museum (musée océanographique) leads the beautiful park. In this park you will find beautifully broken flowerbeds with wonderful plants. The park offers spectacular views of the sea and the city. But leave hope for a little relaxation in this corner of nature. Every minute, crowds of tourists will pass by you: typical bus groups, headed by a guide, holding an umbrella or a plate in your hand, will not let you fully enjoy the beauty and harmony of wildlife.

Ancient Antoine Fort will be interesting to visit not only lovers of walks in historic places, but also admirers of theatrical art. In 1953, a large-scale reconstruction of the fort was completed, after which the theater was opened. Today, the scenic arena in the open air can once take up to 350 spectators. On the stage there is an unusual "decoration" - a pyramid of cannon cores, which reminds guests of the military past of the fortress. Preserved here and a high viewing tower, which is equipped with a special platform for tourists.
Below you can choose from one of the excursions around Monte Carlo and in the vicinity of private guides - local experts in the region.

Unique places in Monte Carlo and its surroundings The distance from the center of Monte Carlo is 37.6 km.
Construction of the embankment began in the second half of the 19th century by the order of the mayor of the city. Then there was built a beautiful street, which was called the Empress Street, along the promenade were located one of the most luxurious houses in the city. After the Second World War, part of the buildings was destroyed and demanded perestroika, but some managed to survive to this day. It is also worth noting that along the embankment there are several elite beaches. The sand was specially brought to them, everyone can have a rest on these beaches, but for a fixed fee. Many tourists specially go on a stroll along the waterfront, hoping to see your favorite movie stars, because for this chic promenade like to stroll and celebrities. Life on the waterfront did not freeze until late at night, with the onset of darkness there are numerous clubs and bars open. Among them is the prestigious Le Baoli club, which also loves to relax celebrities. At the final point of the waterfront there is another cult institution - the Palm Beach Casino, which loves to relax the richest and most casual guests of Cannes. The distance from the center of Monte Carlo is 27.3 km.
The road is considered incredibly dangerous because of the large number of steep turns and relatively small width, however, it has for many years remained among the most interesting roads of the planet. During the trip, travelers will have the opportunity to admire beautiful canyons and gorges, interesting bridges and mountain landscapes. Experienced motorists recommend to travel on the road at a speed of not more than 30 km / h, the most dangerous are sections of the route with steep turns, composed of 180 degrees. On the road practically there is no any fence, with steep breaks the car shares only a small border, the height of which does not exceed 10 cm. Some sections of the road are so narrow that safely disperse on them can not even two oncoming cars. No less dangerous for drivers are animals that often run on the track, special care and care should be exercised by drivers in the evening. 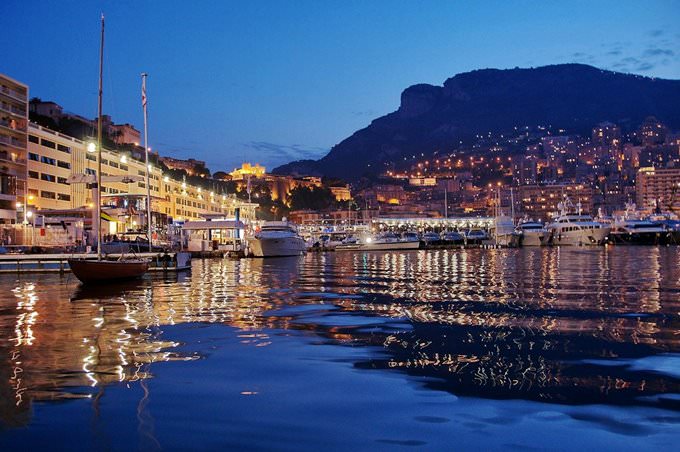 Monte Carlo is synonymous with luxury and wealth, just like the Principality of Monaco, and is famous for its casinos worldwide. Actually, with the opening of the first gambling establishment and the history of the city began. It is located not very well in terms of land transport, but virtually any city point opens a magnificent view of the blue coast.
Perhaps the main entertainment center of the city remains the legendary Casino Monte Carlo. However, in addition to the grandiose gambling establishment, there are many other attractive places to visit.
The population of the city, in its vast majority, consists of Italians, French and Monegasque people. Therefore, the Monte-Carlo tradition is closely intertwined with these nationalities. It is worth noting that buying real estate in the city can virtually any (if he has enough money), but for this will have to obtain permission of the Prince of Monaco. Monte Carlo is one of the most densely populated cities: for one square kilometer here there are 17,000 people. It is a very expensive meal, accommodation, cultural life and medicine. The bulk of the indigenous population is Catholics. Accordingly, all holidays are celebrated on the Gregorian calendar. At Christmas in families there is a very interesting tradition. On the eve of the holiday (December 24) for the dinner is going to the whole family, no matter how big it was. Before you sit down at the table, the oldest (or youngest) family member drops an olive branch in a glass of wine and, standing in front of the fireplace, prays. Then everyone is obliged to make a sip from a common glass.

For many, Monte Carlo is associated not with the casino, but with the circus. And it's not strange. Indeed, it is here that the most massive and most prestigious Circus Festival takes place. At the beginning of each year, artists from all over the world come to the city to demonstrate their skills. The festival was founded by Prince Albert I, Princess Stephanie continued his work, and the ruling family constantly supported its existence. Only the best representatives of the genre are at risk to enter the arena, but the main prize - Golden Clown - opens the winner's door to the best circus grounds of the world. Preparing for the next festival begins almost immediately after the completion of the current one, because the commission needs to review the huge amount of video uploaded and decide which of them will demonstrate their skills and entertain the audience within a week and a half. When deciding to visit the Circus Festival, remember that he attracts a lot of connoisseurs of the genre. The population is almost doubled. And prices, respectively, flock to the sky-highs.
It is believed that every rich man must have his own yacht. Therefore, it is not surprising that such a holiday as the Monaco Yacht Show is held in Monte Carlo. In September, mooring at the city pier will be quite difficult. Moreover, all submitted to the court will be exclusively class "luxury". Shipbuilders, designers, brokers, developers of equipment and, of course, potential buyers are present at the exhibition. The center of life is the port of "Hercules". It not only makes it possible to look after the yacht, but also to conduct business negotiations, to conclude new contracts. Incidentally, the sponsor of the exhibition - Ulysse Nardin - Swiss brand, which is engaged in the release of premium clocks. His products are also presented within the framework of the Monaco Yacht Show.

Those who are more susceptible to land can visit the Rally Monte Carlo. Its route is considered one of the most difficult and consists of a huge number of sites with different coverage. It can be dry asphalt, and ice, and wet grass. On this track, the best riders in the world and their teams are demonstrating the latest developments in the automotive industry. The rally consists of several stages, two of them being at night. On the road there are wide and narrow areas, steep turns and peaks. In short, a genuine professional, who, in addition to a great machine, has a well-coordinated team of mechanics and navigators, can only win in such a difficult race. Often, the strategy chosen incorrectly resulted in the death of the contestants. The victory in such a rally brings not only the popularity of the pilot. Automakers are also "hearing", and the sale of their products, tested in the toughest conditions, is growing significantly.